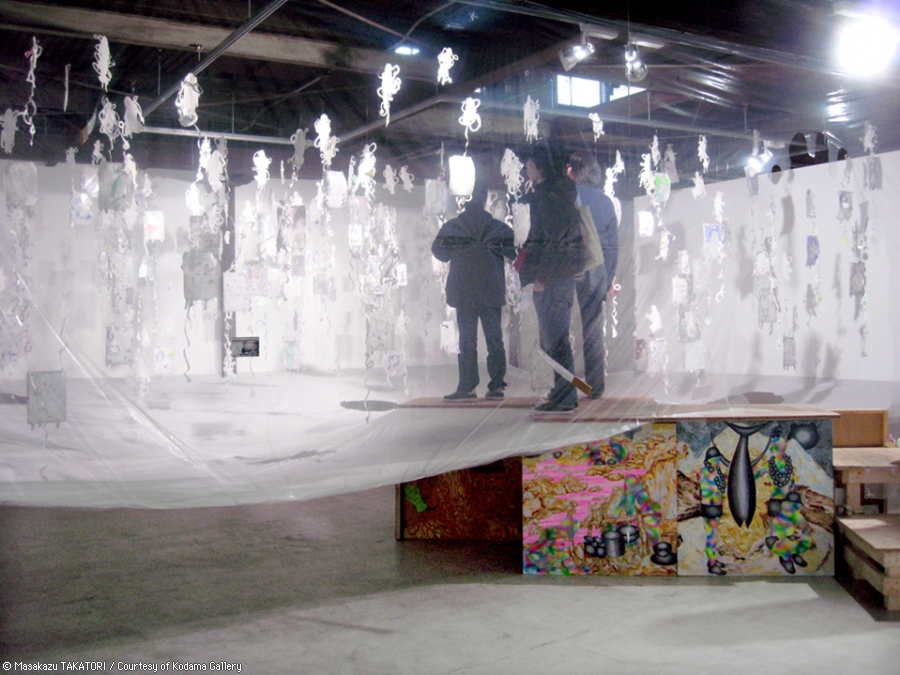 Born in Okayama in 1980
graduated from the Education dept.
Okayama University in 2002
and currently lives in Kyoto. Since the student
he has experienced exhibiting a work many times such as by solo exhibitions
group exhibitions
art projects
and award competitions including VOCA 2001. Takatori is known by the overwhelming works which swallow the viewer's body and mind with the space by using variegated media and the image. 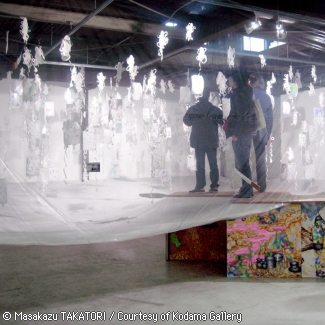 24/JAN/2009-28/FEB/2009
Kodama Gallery | Kyoto
Under the knees
there is a space that forces us to kneel down and get on all fours in order to go forward...The action of getting down on all fours reminds us of crawling along into a secret base in the woods
made when we were children. 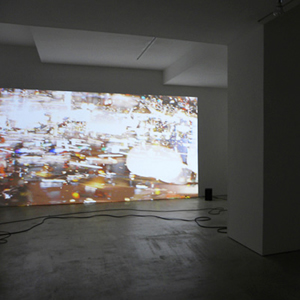 Akira MIYANAGA: about the lights of land

Date: 23/Apr/2010 - 22/May/2010  Venue: Kodama Gallery Tokyo
Review to the solo exhibition of Akira Miyanga who announces the latest work with the light as the theme and a symbol of the workings of human beings.